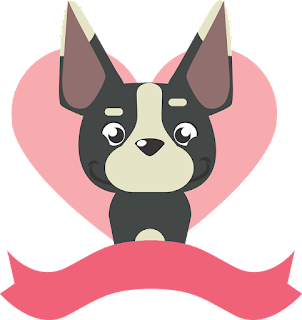 A flash of black crossed her path, forcing her to brake hard.

It wasn’t even her dog. It was like a broken homing pigeon that found its way into her garden at least once a week. She had better things to do with her time than dragging the beast to the feet of her unnervingly hot neighbour, Ollie.

It was bad enough that she'd spent her day listening to women at work talk about birth control measures while forcing pictures of their cute imp-like children in her face.

"You're so lucky you're single, you get to party all the time," Sally, the yummiest of mummies, had declared during their slow afternoon in accounts.

"That's me," Fern had responded while thinking which pair of flannel pyjamas she'd be putting on as soon as she got through the front door.

Her single life had its moments, but it was rarely worth spending a couple of hours transforming her frizzy hair into perfect waves for a date where some dude told her she was "a bit of a tall one" or "had the sort of bum that deserved a spanking". Even the pre-date chat was painful, and Sally had no reason to be jealous of the nights Fern spent questioning everything about herself after another Tinder guy had ghosted her.

Maybe she should ditch the apps. Her mum regularly told her that the new thing in dating was meeting guys face to face. Her mum should know, she had several dates a week.

"All I have to do is get the right face to look at me," she grumbled as the dog dashed in front of her car again. What had she destroyed in her back garden this time? Last time she’d lost the leaves on her fancy palm plant. It had been a present from her ex-boyfriend before he’d gone travelling. He’d said that he wanted to find himself and so they parted as best friends rather than partners, which they were both happy with. While they cared about each other, they’d fallen out of love long before that.

Throwing the car into park and forcing open the door she was unsurprised to find a cherub-faced terrier staring her down, daring Fern to pet its head. Gently she held out her hand to Ripper’s coarse dark fur. I need to get her to her home without speaking to Ollie. I can’t face another awkward meeting where I fumble with my words, and he looks at me like I’m an imbecile.

With disarming perception, Ripper danced out of her clutches and wagged her stubby tail in the direction of Ollie's house.

"I don't look hot enough to speak to him," she grumbled, wondering whether to leave Ripper to her possible demise or deposit her safely in Ollie's clutches. She’ll be okay, probably. Ripper skipped down the garden path toward Ollie's back garden.

Scrabbling with her key in the lock of her front door Fern basked in the knowledge that soon she could be in her pyjamas and shutting out her day.

An unusual combination of a bark and a yap caught her attention.

"Stupid name for a stupid girl dog," she grunted as she coaxed Ripper closer, leading her to Ollie’s front door.

Ripper was cute, but she seemed to have a desperate urge to escape from her house. Her source of enjoyment was Fern's garden, but if her new plaything became Fern’s car, she couldn’t rely on its braking skills. It wouldn't have mattered too much if Ollie had been an ugly neighbour whose main hobby was scratching his butt cheeks. But the guy had a surfer look about him, which made no sense in a town where the sea was several hours drive away. His bronzed skin, golden-brown hair and tight abs had managed to get her out the house and on time for work many days in the last couple of months in the hope she might bump into him. It was amazing how a good view could drag a lazy butt out the front door.

He made the guys she swiped yes for on Tinder look like they should wear bags over their heads. But he’s too hot for me.

They'd bumped into each other a couple of times, usually when he was doing stretches before a jog. It had taken a lot of energy not to stare as drool pooled in the corner of her mouth. Watching him slide his leg out and lunge deep forcing his hamstring to stretch had raised her heart rate. When he’d bent double, thrust his bum in the air and palmed the floor she’d nearly had a heart attack.

One evening last week she’d climbed out a taxi dejected while vowing out loud, “I will never go out with a guy from OKCupid again,” only to bump into Ollie and Ripper on a late evening walk. It wasn’t the first time he’d seen her before or after a date, but the soft way he’d asked if she was okay while staring deep into her eyes with his baby blues had changed the night completely. Usually, she’d wake the next morning and binge on brownies while swiping Tinder until she’d run out of matches, especially after a date where the guy told her that he’d only gone on a date with her because she reminded him of his ex who he was still in love with. Instead, she’d bounced out of bed and made the most of the morning with a swim at the local pool. Ollie brought this warmth that she wasn’t used to in the men she met.

Ollie was single, at least that seemed the obvious explanation for the lack of women or men in his life. Either he was perfect at hiding his hook-ups or Ripper was the only female for him. Fern had a feeling there had been a former Mr or Mrs Ollie once. The white mark around his ring finger when he first moved in a year ago suggested as much. His ex must have been an idiot.

Fern fumbled through her handbag, shoving vanilla hand cream and her paper diary, that she never got round to writing in, to one side. The smell of cooked sausage permeated her bag. Ripper started jumping up, showing she had caught a whiff too. Fern reached for her leftover sausage sandwich and waved it in her face.

"Come on, girl. Time to go home." Ripper snatched the sandwich from between her fingers. "You're a bloody menace!"

But it seemed to work. Ripper trotted down the driveway, following her to the front door, gaily chewing the supermarket sandwich and dropping crumbs everywhere.

Fern's hand teetered on the edge of the doorbell. Would Ollie be showcasing the gleaming smile and the muscly forearms she'd sell her grandma for?

Looking down at Ripper, her big brown eyes and the face framed by perked up ears and long whiskers, Fern smiled.

“How am I going to get the courage to speak to your daddy?” She was never going to be confident enough to ask Ollie on a date.

"Come on, buddy, I need your help," she whispered before the furry fiend darted away. The pup’s display of white teeth that resembled a cheeky grin was flashed in her direction before she dashed toward her back gate.

Obscenities rested on Fern’s tongue as the front door opened.

Bloody hell. Her heart thudded in her chest, and she swallowed nervously. Ollie stood in front of her in shorts. Who answers their front door just in shorts? They rested absentmindedly on his hips, revealing his glorious V that drew the eyes to the mysteries that hid beneath the navy material. It clung to his thighs like a second skin.

"Hey, Fern," he said with a grin that made her wonder if all dogs looked like their owners. There was a resemblance that suggested mischief. "What's up?"

My pulse whenever you're near. Fern took a deep breath, desperately trying to compose herself and ignore the flush sneaking through her body. The deep breath had been a mistake. A cedar scent, possibly Ollie’s deodorant smell, filled her lungs, and her skin tingled in admiration. Fern cleared her throat and took a shallower breath attempting to calm herself. "Ripper got out again."

Out the corner of her eye, she spied black fur as Ripper moseyed down the hallway before stopping at Ollie’s feet. Her grin was toothy, and her big brown eyes wide.

"Ripper is right here," Ollie responded. Her tail swished back and forth. The little madam is laughing at me. "From the way you're glaring at her, I’m guessing she hasn’t been here very long. She must have sneaked through the back door."

"I'm not glaring," Fern answered nervously fumbling with her words. His short waves were distracting her. Were they as soft as they looked? If she reached out, would they fall between her fingers? "I always look like this after work. Doesn’t everyone?"

"Not really. At least I don’t think so. How do I look?" Like a god. Slowly she took in his body. Did his abs tighten under her gaze or was that her imagination? Goose pimples covered her arms beneath her evergreen blouse.

“I can see your nipples.” Oh shit, why did I say that? He looked down, and for a moment, they both stared at his nipples. “They’re very pert.” Why am I still talking? “And pink.”

“Right,” he replied, clearing his throat.

Fern shuffled from foot to foot while giving herself a pep talk. Don’t say anything else stupid. Please, Fern, keep your mouth shut. “Well, it looks like you didn’t burn your nipples.”

Silence filled the increasingly awkward moment. He was staring at her like she had two heads or no brain.

“I should go. Ripper is safe, and I’ve made enough of an arse of myself.” Fern bent down to pat Ripper who sped back into the house with a wagging tail. She stood back up and fiddled with the waistband of her smart black trousers. “Right then, see you another time.”

“Okay,” Ollie said. His brow furrowed, and his fingers taped quickly against his thighs. Fern turned and released a big breath of air as she walked back up the driveway, her heels clacking her retreat. What is wrong with you? You’ve ruined any chance to be friends, let alone anything else.

“You know,” Ollie called out to her back, forcing her to stop abruptly.

Slowly she turned. “Yes?” she replied, daring herself to hope.

“I could make you a tea or coffee or whatever you’d like. I want to apologise for my naughty pup. If you’re happy to join me?” Sweat beaded his brow. Was it a pity ask? Surely he didn’t want to spend more time with her. He added nervously, “I promise to wear clothes.”

You don’t have to on my account. Fern forced her mouth closed and nodded. How could she refuse any words that left those kissable lips?

Email ThisBlogThis!Share to TwitterShare to FacebookShare to Pinterest
Labels: romance

Don't forget to read parts 1, 2 & 3 first. You can find part 1  here . Over the next half-hour, Fern witnessed panicked moments... 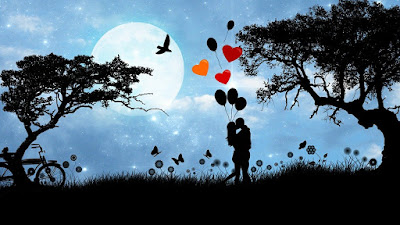 Becky
I used to think the greatest escapism from the busyness of life was reading and then I started writing and my world came alive.